While the figure seen from behind is a recurrent motif in the history of Western art, it has rarely been the object of any specific consideration. And yet the subject seems to be particularly topical given the ubiquitousness of media in contemporary society. Indeed, isn’t the anonymity implied in the back view a way of escaping from the mass phenomenon of self-exhibition caused by the intensive use of social media and, more specifically, by the daily production of millions of ‘selfies’ ? More so still, doesn’t this anonymity appear as a deliberate act of resistance against the countless surveillance devices (among others, facial recognition) that have spread across our cities in recent years, to the extent that they threaten our individual freedoms ? Choosing the back over the face, contemporary artists activate its subversive character and express current concerns with regard to the political issues at stake in the distribution of self-images or the monitoring of our presence in the public space. By reflecting the position of the viewers, the work immediately makes them aware of the eminently subjective nature of vision. The artists have explored this mise en abyme in a variety of ways. The back view can be a way of questioning painting itself (Charlotte Beaudry, Daniel Dezeuze, Adam McEwen), of highlighting the pitfalls of our relation to the mirror (Yves Lecomte, Michelangelo Pistoletto), of sounding out the mysteries of the image (Michaël Borremans, Dirk Braeckman, Sylvie Eyberg) or of embodying the nightmare of a society obsessed by its own reflection (Simon Schubert).

Exposing surveillance systems in order to better denounce the threat they pose (Bruce Nauman, Esther Hovers) and avoiding the mechanisms of facial recognition on activist grounds (Carlos Aires, Simone Niquille) are among the strategies adopted by the artists. Showing a figure from behind can also reflect an attitude of revolt and uprising that is the sign of dissimulated causes (Gilles Caron). The back represents this distancing with regard to the Other, out of a sense of modesty or in order to contextualize the relation of contempt. It gives an identity to these outcasts and society’s other invisible members : migrants (François Struzik, Freddy Tsimba), older women (Trine Søndergaard), prisoners (Jane Evelyn Atwood), or one’s own ageing body (John Coplans).

At times, the back symbolizes a detour taken to approach one’s own identity (Ria Pacquée) or the visible stigma of an impossible blend of genres (Shirin Neshat). Far from being an act of evasion, exposing the back can be read as a salutary reversal, a different way of occupying the world.

Equality between girls and boys… fact or fiction?

An article about the exhibition in the Express Tribune of Karachi.

"Migration today and before: enough with prejudices!"

Around migration with the photography of François Struzik - simply human

A conference where I'll share my experience of taking pictures of migrant people in some places of the world.

More than anything, I want to share their stories. Why they are moving, what are the conditions, the risks and the opportunities.

The conference is organized by the Photokot, a collective of students working to spread the interest in photography.

portrait of an urban area

The area between the St-Leonard's Church, the railway and the very industrial district of Herstal has suffered a lot these last decades. A new square is born rue de Steppes, just by a primary school and a new playground. The architects proposed to make a portrait of the area to be exhibited permanently on the doors of the square. The hands of the people living in this area where a lot of workshops used to make it living, was an obvious choice. This area will continue to live with the commitment and the work of the inhabitants themselves.

"Islam - a journey" is a long term journey through the muslim world. Kosovo, Morocco, India, Kashmir, Kurdistan, Bangladesh. François Struzik takes us into rites, pieces of human life, meeting the "other".
From the brightness of the Himalayan skies to the darkness of the slums, from joy to tears, from hope to resignation, François Struzik' pictures bring us together with him in his journey in Islam."

a high quality print catalogue was produced for this exhibition. 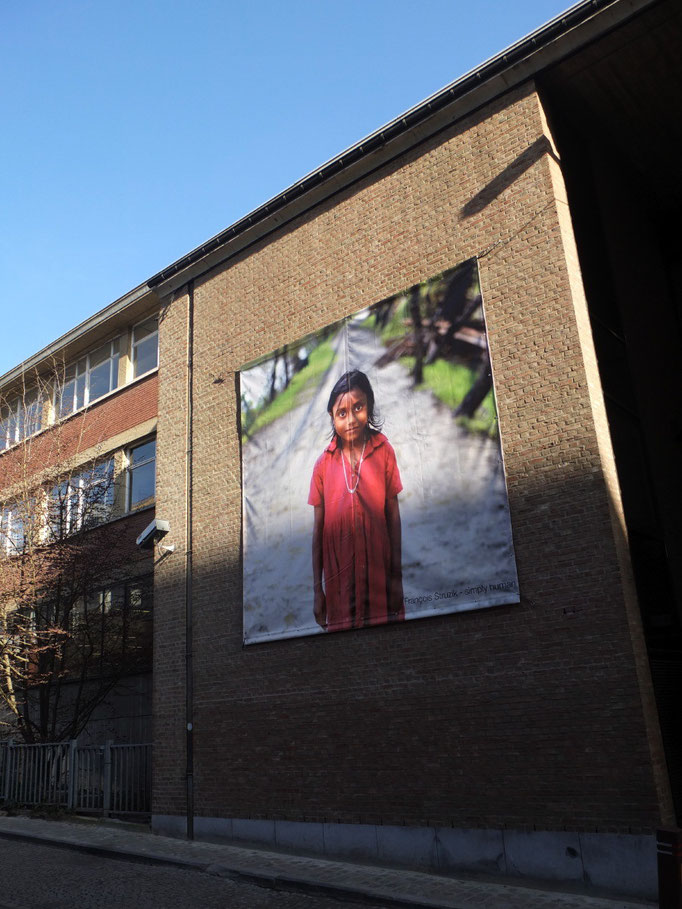 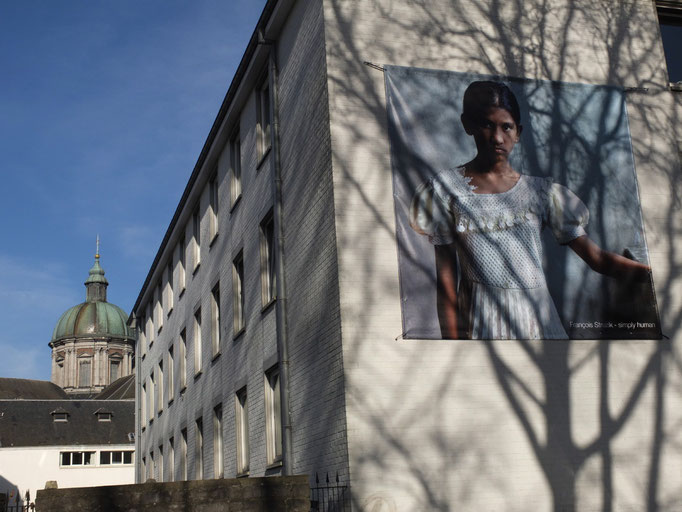 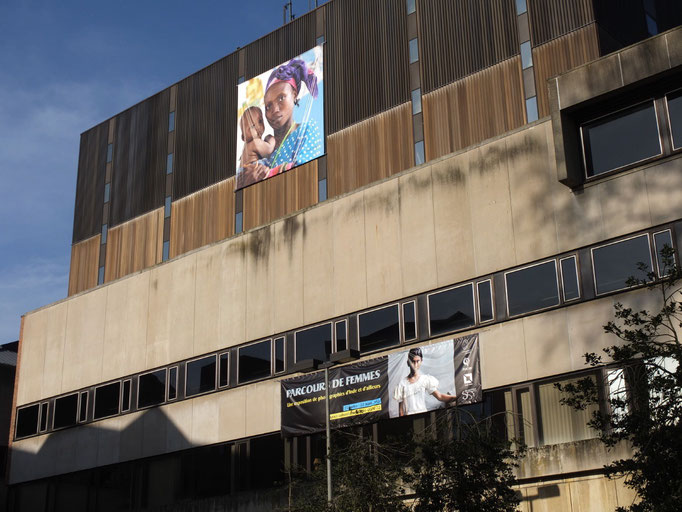 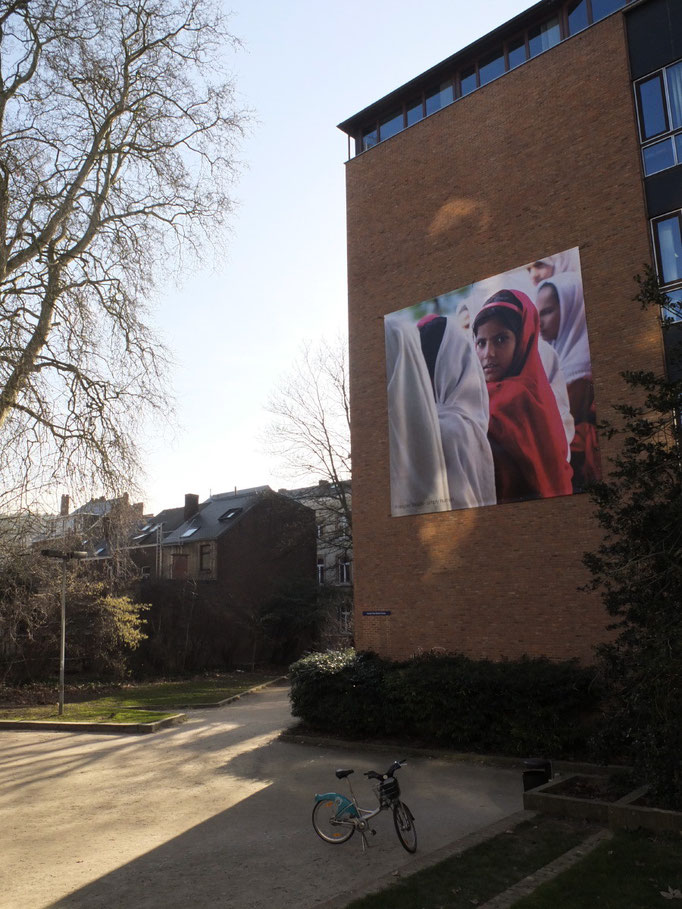 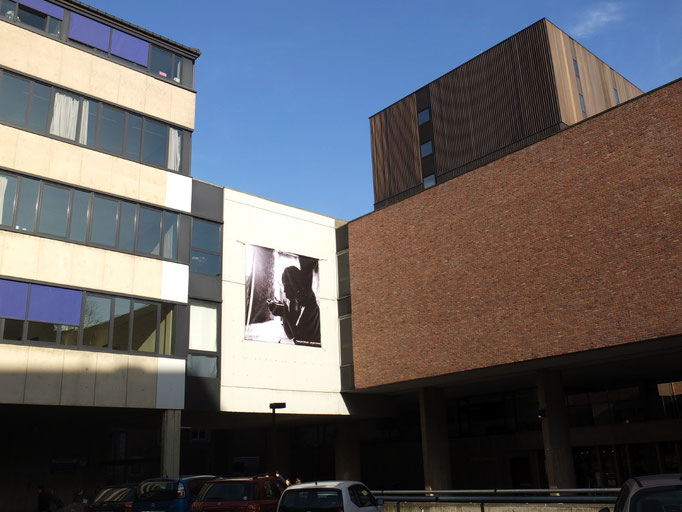 a sound and picture project. A collective work with Cécile Liège - Le sonographe

a sound and picture project. A collective work with Cécile Liège - Le sonographe