In a small village of the Zehroun moutains (Morocco) during the days following the Moussem (birth day of the Prophet), thousands of pilgrims come to the shrine of Sidi Ahmed to open a dialogue with te Djinn's (spirits) occupying them.

In the shrine, they'll pray the Saint who - thanks to his power and his Baraka - will force the dialogue with the spirits. The spirits will express themselves by provoquing danses, shouts, cries,.... The Hamadcha musicians will accompany them in this dialogue with the invisible. Sometimes dark rites, sacrifices, transes, ... but - according to me - a wound in their own humanity cured in a collective ritual.

This work has been exhibited. 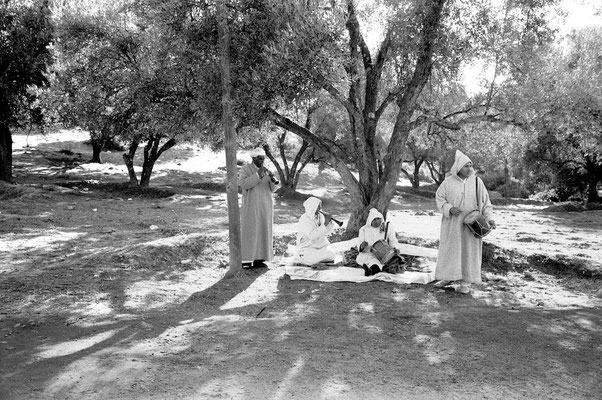 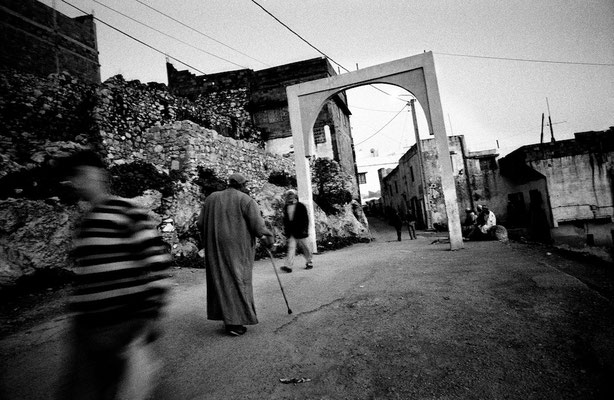 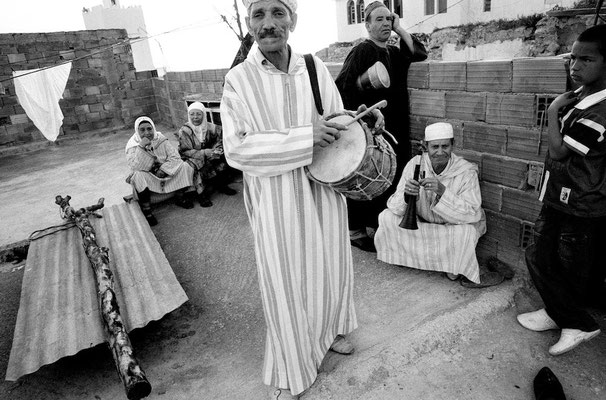 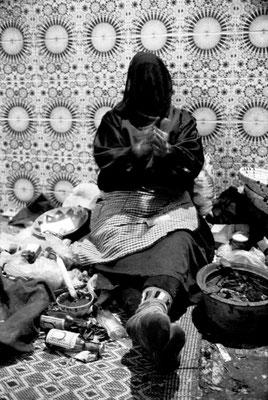 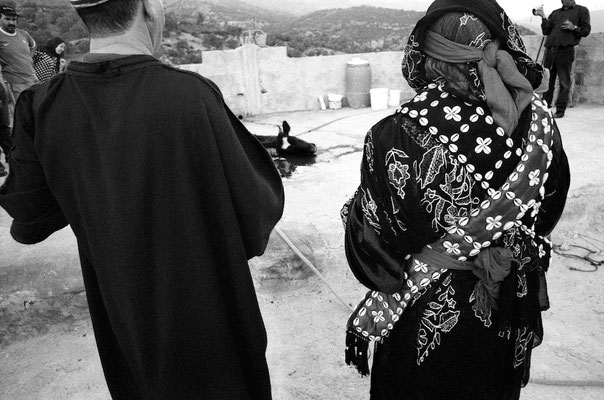 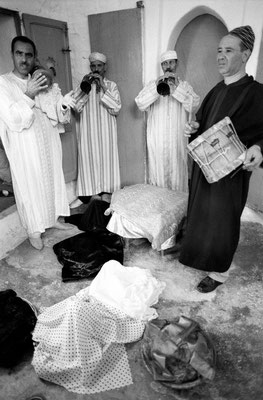 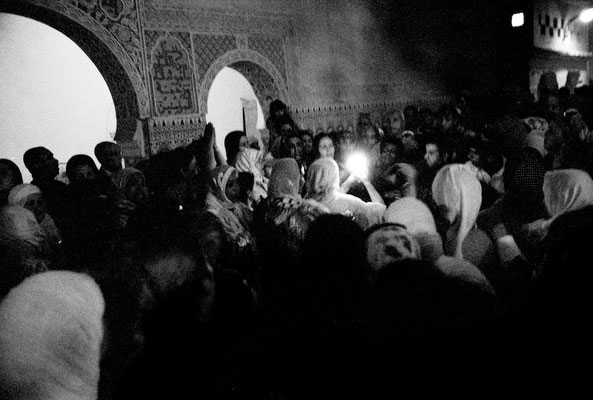 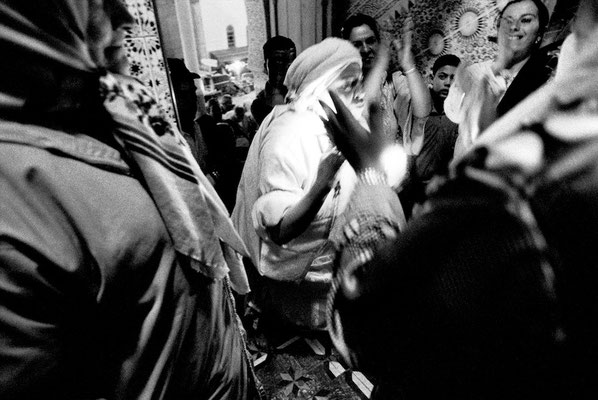 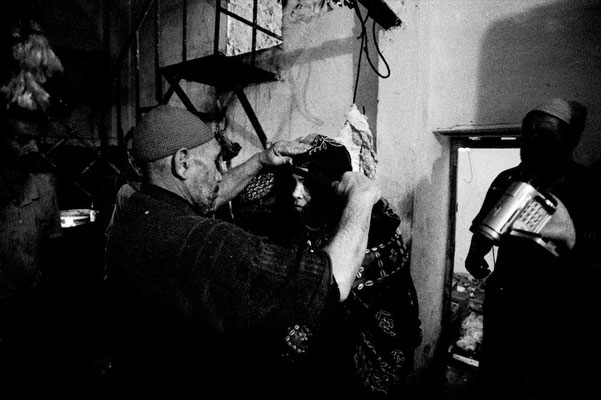 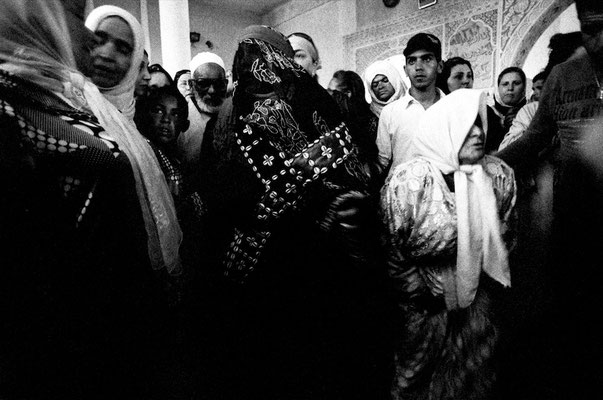 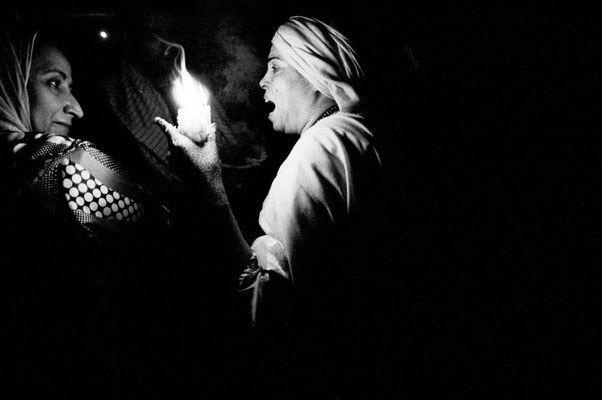 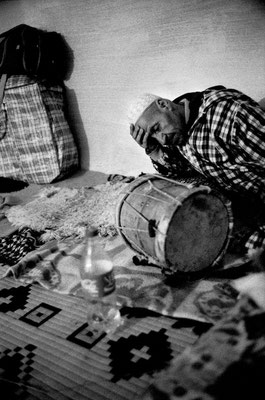